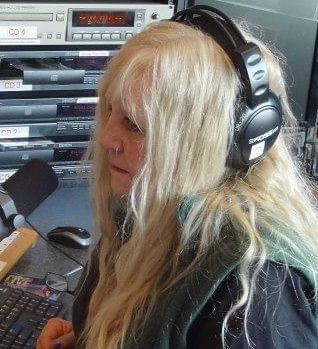 
Suzi is a Programmer, Producer, Radio Room Greeter and Volunteer at KAFM Community Radio. She has been in broadcasting since 1978 where she helped put KVNF in Paonia on the air along with Campbell Stanton and Kathy Hopkins.  She also managed KMSA college radio, helped Marcia Gobbo put KPRN on the air where she was also a programmer, worked in traffic at KREX TV and helped Gay Hammer put KRMJ Public Television on the air on the western slope of Colorado.  She has done several commercials for Mesa Mall over the years and her voice has been used in many adverts for television, radio and in theatre announcements.

Suzi is happily married to Billy Joe Lonesome. They have a beautiful daughter, 3 dogs, and a pond with countless fish.  Her favourite places in the world to visit are the magical British Isles and British Columbia  She goes as often as she can manage... which is never often enough!!!

Suzi is an avid Beatles fan and loves Brit pop, alternative and indie music, blues and rock and roll...  to mention a few.  She believes that music is food for the soul!  Suzi has been with KAFM Community Radio since it’s beginnings. 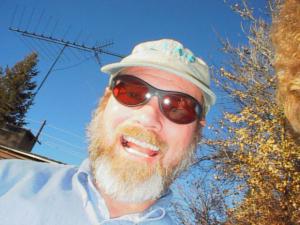